There is so much more to women than meets the eye. Often regarded as objects of beauty or mother figures, their existence is reduced to the role they should play in society. Not only that, but their looks used to be the only thing of value. But let’s talk about women today and see what else they have to offer.

Women and men are vastly different, and that’s only natural. Societal roles seem to be assigned to them accordingly because of their physical differences. For example, men would wage wars and provide for families, while women would stay at home and be mothers and caretakers. Nothing is wrong with those roles, but some women want to flip the tables.

Nowadays, you can find women in all kinds of societal roles. They’re doctors, CEOs, generals, miners, and astronauts, proving they can do all of the heavy-lifting that was exclusive to men only. That doesn’t only speak of their physical strength but of their ability to be the geniuses, inventors, activists, and leaders that the world never knew it needed. Unfortunately, injustice to women still happens, and speaking up about it is probably one of the best things they can do to prevent it.

Injustice isn’t the only problem women face. In fact, it isn’t even the only reason for many of the women’s rights movements. One of the things women want is to be acknowledged as equals and contributors to society and communities. So, why don’t people acknowledge their efforts? That’s the million-dollar question.

A solid argument is that people are simply stuck in their ways. Throughout history, women and men have done things that were expected of them. Nowadays, people are stuck thinking that the old ways existed and ‘worked’ for a reason, so there’s no need to change them. But the world is evolving. 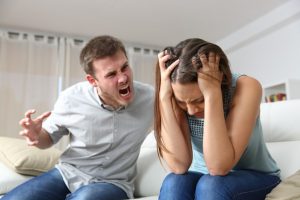 Societies and communities are changing, and it would be natural if acknowledgment and the way we view female societal roles did, too. With women empowerment and rights movements, people are starting to see the value of women now more than ever. It’s our only hope that the world continues down the path of appreciating female contributions to our communities.

Many people, regardless of their gender, believe that women’s empowerment equals dominance. That’s why many stay away from movements like feminism, for example. However, demanding equal rights and standing up for other women doesn’t mean dominating other people. Let us explain.

What many people think is that women are trying to flip the switch and take control. In that, many agree that we live in a male-dominated society. However, empowering women to be strong and take charge doesn’t mean they want a matriarchal world. The extremes are never a good thing, so women just want equality.

They want to be equal partners and caretakers and assume the same roles as men. There are plenty of women who believe that nothing should be changed, though. That’s because the abuse, no matter the kind, doesn’t affect them. Movements within women’s rights, like mother’s rights, exist for that reason. It’s easier to focus on specific groups that way and get them the rights they deserve.

Preventing women abuse sometimes seems like the most difficult task in the world. Others assume they’re free to push women around just because they may be physically stronger. But we’re not only talking about sexual violence. Abuse can come in many forms, and that’s why people in power can also abuse women.

Speaking up helps a lot in those situations. Statistics say that people closest to women are most likely to be their abusers. So, let’s assume the abuser is the intimate partner. Speaking up about the abuse may seem difficult at first because everyone is afraid of the consequences. But when you speak up to the authorities, or even to your family and friends, that can help remove you from the situation.

The same thing happens in the workplace, for example. If your superiors are abusing their power and bullying you in any kind of way, you can always speak up. This kind of practice doesn’t only help adults, but children too.

A Little Bit of History

Let’s talk about all of the rights women have today. Those include things like the right to vote, the ability to go to school, the ability to work, and more. Nowadays, these rights seem like no big deal because they are just basic human rights. While we’re correct in thinking that, things weren’t always this good for women.

Back in the day, women had little to no rights. Here’s what they couldn’t do:

Women did have the right to pay property taxes, though, even though they had no rights to the property itself. It’s no wonder why so many women’s rights movements exist nowadays. Unfortunately, none of the basic human rights women have today would be possible without an uproar or two.

So, what about speaking up? Speaking up is the exact reason why things are much different now. People of all genders and backgrounds spoke up about all kinds of abuse women have faced over the centuries. That’s why it should be a legacy we leave to our sons and daughters so that they know there’s always a way to fight injustice.

Women in the Future

The future for women is looking bright. That’s because the women of today are speaking up. Mothers, wives, and sisters are all creating a better and safer future for women. Speaking up often does not go unpunished. That’s why many women are afraid to be activists and are bystanders to injustice.

Instead, women should always be brave and know that others will always be there to support and back them up. Revolution and not allowing people to push them around is the only way women will carve a safe space for themselves in today’s society.

Iconic One Theme | Powered by Wordpress